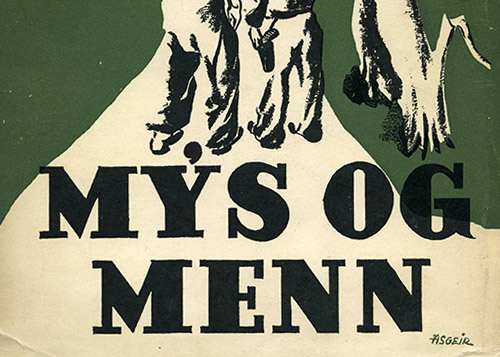 Kenneth and Karen Holmes have been collectors of Steinbeck works for more than 50 years. The sheer volume of the collection, led the Holmes to produce their own bibliographic catalog of Steinbeck’s works. From this project, they produced the text John Steinbeck: A Descriptive Bibliographical Catalogue of the Holmes Collection and provided courtesy copies of this text to various Steinbeck-collecting institutions. They have encouraged the broadest possible distribution of the information the collected.

This collection consists of 408 foreign language editions of Steinbeck works. Each is wrapped in a protective Mylar sheet with a text description of the item—title and language—as well as a number corresponding to its entry in the John Steinbeck: A Descriptive Bibliographical Catalogue of the Holmes Collection.

Join our email list and be the first to know about special events and more!